The TUGS Poster Magazine was released by Marvel Comics UK in the late 80s. Only one issue was published and featured a poster of Ten Cents and Sunshine from Pirate on the back when unfolded. The other side featured a picture of the Star Fleet and also small bios of Ten Cents, Sunshine, Zorran and Zebedee. 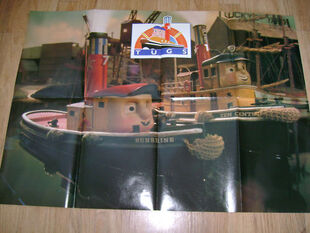 Folded out, front side 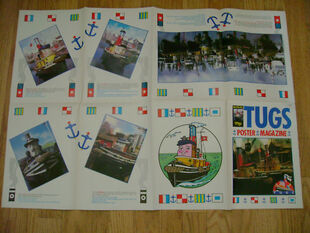 Folded out, back side 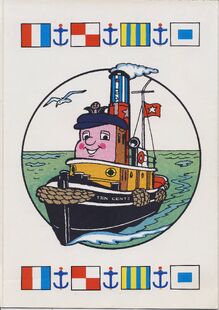 Back
Add a photo to this gallery
Retrieved from "https://tugs.fandom.com/wiki/Poster_Magazine?oldid=48779"
Community content is available under CC-BY-SA unless otherwise noted.