Salty's Lighthouse is a television series created by Nina I. Hahn and produced by Sunbow Entertainment, seen on the TLC network (during Ready Set Learn). It was first broadcast in 1997 and ended in 1998. The show featured cartoon animated segments of a boy named Salty with his animal friends in a lighthouse, as well as live-action segments made from edited and re-dubbed Tugs footage.

Music for the series was composed by Chase Rucker Productions. The series was produced in association with the Bank Street College of Education, New York. Forty ten-minute episodes were produced.

The series is currently in ownership of Sony Music in the US and Canada and M4e in the rest of the world.

In 1999, Salty's Lighthouse was released on the Video Buddy Interactive VHS format through Sony Wonder; three releases were made, making a total of six episodes released in the US and Canada. In addition to the episodes, they contained interactive segments and music videos.

On May 13, 2003, a VHS including six episodes was released in the UK by Maverick, and in 2005, a children's preschool compilation DVD named "Toddler Time" was released that included two episodes.

A DVD for the US was planned but it was scrapped shortly after the rights were lost.

The series was also briefly on the free streaming site "Kidobi", but the series as of now has been taken down due to lost rights.

All the episodes have been uploaded to YouTube by "Ziggyy Family Entertainment", a company owned by M4E. 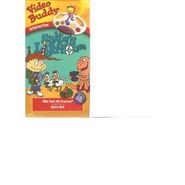 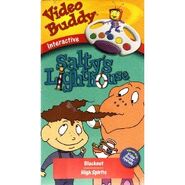 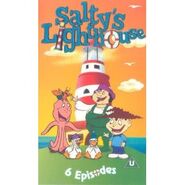 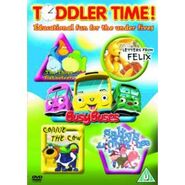 Ten Cents and Sunshine and a Video Interactive learning segment

a mention in a book 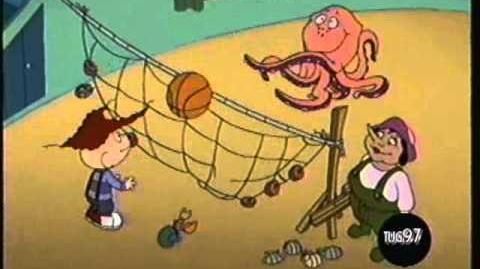 Salty's Lighthouse Intro
Add a photo to this gallery
Retrieved from "https://tugs.fandom.com/wiki/Salty%27s_Lighthouse?oldid=50108"
Community content is available under CC-BY-SA unless otherwise noted.