The Star Tugs Company Ltd. is a non-for-profit trust founded in early 2013, who exhibit, preserve and maintain the original models, props and other memorabilia used during production of the 1980s TV series, TUGS.

They are based at the Midland Railway - Butterley in Derbyshire and have previously toured at various model exhibitions and heritage railways across the UK.

In mid-2012, a group of TUGS fans came across some cases & containers from their owner being sold via an online auction on eBay UK. Upon further exploration, the fans realised that the containers stored face-masks and ocean buoys of various characters from the 'TUGS' TV series. In December of that year, the owner released pictures of more props from TUGS and put the items up for sale - this time being the models of the Star Tugs & Z-Stacks as well as other non-fleet characters. Before this discovery, the whereabouts of the models and props used during the production of TUGS had remained uncertain for years. Previous attempts to track their location from fans had proved unsuccessful, with many crew members unable to recall what happened to them after Clearwater Features's bankruptcy in 1990. Many fans of TUGS, generated by the internet, speculated about where the models resided but, with TUGS not being renewed for a second series, most felt they had been scrapped. The euphoria surrounding the models resurfacing was huge amongst fans of the show. With the dismaying possibility of them being sold to different collectors across the world (and the likelihood they would never see the light of day yet again), fans associated with the Sodor Island Fansite took the initiative to purchase and acquire what models they could before it was too late.

From January 17, 2014 to February 16, 2014, The Star Tugs Company had held a "KickStarter" campaign. They were in the need to raise money, in order to refurbish the eighteen Tugs models that they had held and place it in a well decorated British Railways MK1 coach. The coach serves its main purpose being a museum for the Tugs models and hauling it from place to place in it's outings. The Star Tugs Company has succeeded by funding £11,350 with seventy-nine people who had helped along the way.

Although O.J. was the first model to be on public display on the 22nd May 2013, the first official outing for the company was on the 8th-9th March 2014 at the Battlefield Railway.

In 2014, the Midland Railway Centre let them have use of a railway coach to set up a permanent exhibition. It was originally painted green, but only on one side, and was renovated with isolated electrical power for display functions. In 2016, the interior received specially-built cabinets where the models/props are kept behind perspex glass for display and safety purposes. In 2019, the entire coach received a new red "Midland" livery and has undergone a full overhaul in time for the TUGS' 30th anniversary celebrations.

In addition, they are missing models of many barges and cranes used in dockside scenes. 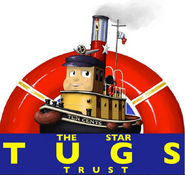 Sunshine with a custom made happy face

The Trust gets an article on the tugs! 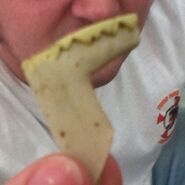 A piece of one of Boomer's face masks

One of Lillie's prototype face masks

A banner for the company 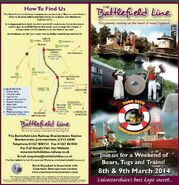 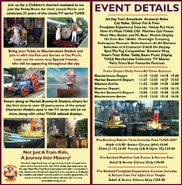 Sally Seaplane Replica
Add a photo to this gallery 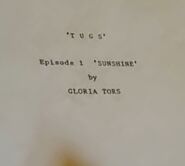 Add a photo to this gallery
Retrieved from "https://tugs.fandom.com/wiki/The_Star_Tugs_Company?oldid=50137"
Community content is available under CC-BY-SA unless otherwise noted.